Imagine this- an old Indian city, in around the 60s -70s. No traffic, no mobile phones, no crowd- just a small town, with lots of trees and lovely buildings.

Now think about the people. The older men wearing crisp white dhotis or lungis with ironed, gold-trimmed kurtas, paired with turban-like hats called petes, carrying around black briefcases walking to work. On an occasional chilly morning you’ll find them in knitted woolen socks under their milky brown kohlapuri sandals and with shawls wrapped around their backs.

Then the women- wearing light cotton sarees and two engraved gold bangles on each wrist, with their mangalsutras or, if they weren’t married, pendants around their necks shopping for fine Mysore silk and Kanjivaram sarees, which would be their ‘party attire’. Their makeup is rather simple only black kajal and vermillion on their foreheads. The women’s true pride was their hair, long, well-oiled, tied in a braid. adorned with garlands of jasmines, whose sweet smell was the only perfume they wore.

The children, boys in cotton khaki shorts and cotton button-downs, looking like characters straight from Malgudi days The girls in small, flowered y-patterned frocks, with dreams of being princesses. Now imagine yourself as one of these characters, walking in the park, past the coffee factory early in the morning, brisk air with the soothing smell of freshly ground coffee. You smell the coffee, ponder for a moment, and decide to have your breakfast at a famous eatery, the so called ‘tiffin house’, near the main park. But the main park is clearly too far to walk to, and the bus service doesn’t start until late morning, so you take your cycle and set off.

You pass multiple places- the city hall, other eateries, parks, glittering lakes and trees. all accompanied with the smell of wet mud and coffee. You reach the famous eatery. You park your cycle and get in, and the smell of freshly steamed idlis and pungent sambar greets you. You seat yourself at a shared table and you know the people at the table, the everyday eaters. You greet each other and start a conversation. The conversation is mostly about how expensive life has got, with land rates shooting up from 200/- to 250/-, Your meal arrives. You eat while talking about how much the city has changed with the others seated at the table. Then your coffee arrives. You pick up the small silver tumbler and relish the warm, earthy taste of the coffee, the finest, freshly ground blend of coffee and chicory that arrived from the hills earlier that morning. You pay the bill and set off to the park next to the eatery.

At the park, you meet one of your friends. A pleasant surprise, you both catch up on life, He tells you about a new English movie called ‘Guns of Navarone’ that has released recently, so you decide to go and watch it with one of your other friends at the matinee show, You both set off on your ways. It’s late morning now, all the cars start coming out. Having cars was a must for socialites and middle class alike. You almost bought one, but you decided to leave it for later.

There isn’t much to entertain nowadays. It’s going for MS. Subbulakshmi concerts, listening in to radio shows, watching movies, taking a walk in the park or just sitting down with a book.

Your friends pick you up in their car, on the way you spot the teacher’s canteen, a place famous for its masala dosa. The sparrows fly around in the warm afternoon sun.

After the movie, you all stop at a national book store, filled with books from foreign lands. You decide to buy a book called ‘To Kill a Mockingbird’ by an author called Harper Lee. The book looks interesting, so you decide to read it in the evening with a cuppa tea.

It’s a long way home, it’s almost late evening now. You brew a cup of Assam tea, and sit in the rocking chair on your patio with the book you bought. It starts to rain, and it’s beautiful. You settle for an early dinner and before you go to sleep you say your prayers and have a thought, what a city you are Bangalore, what a city! 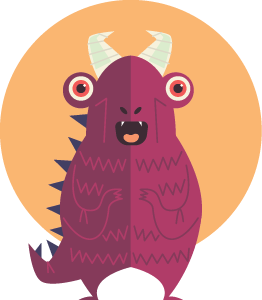